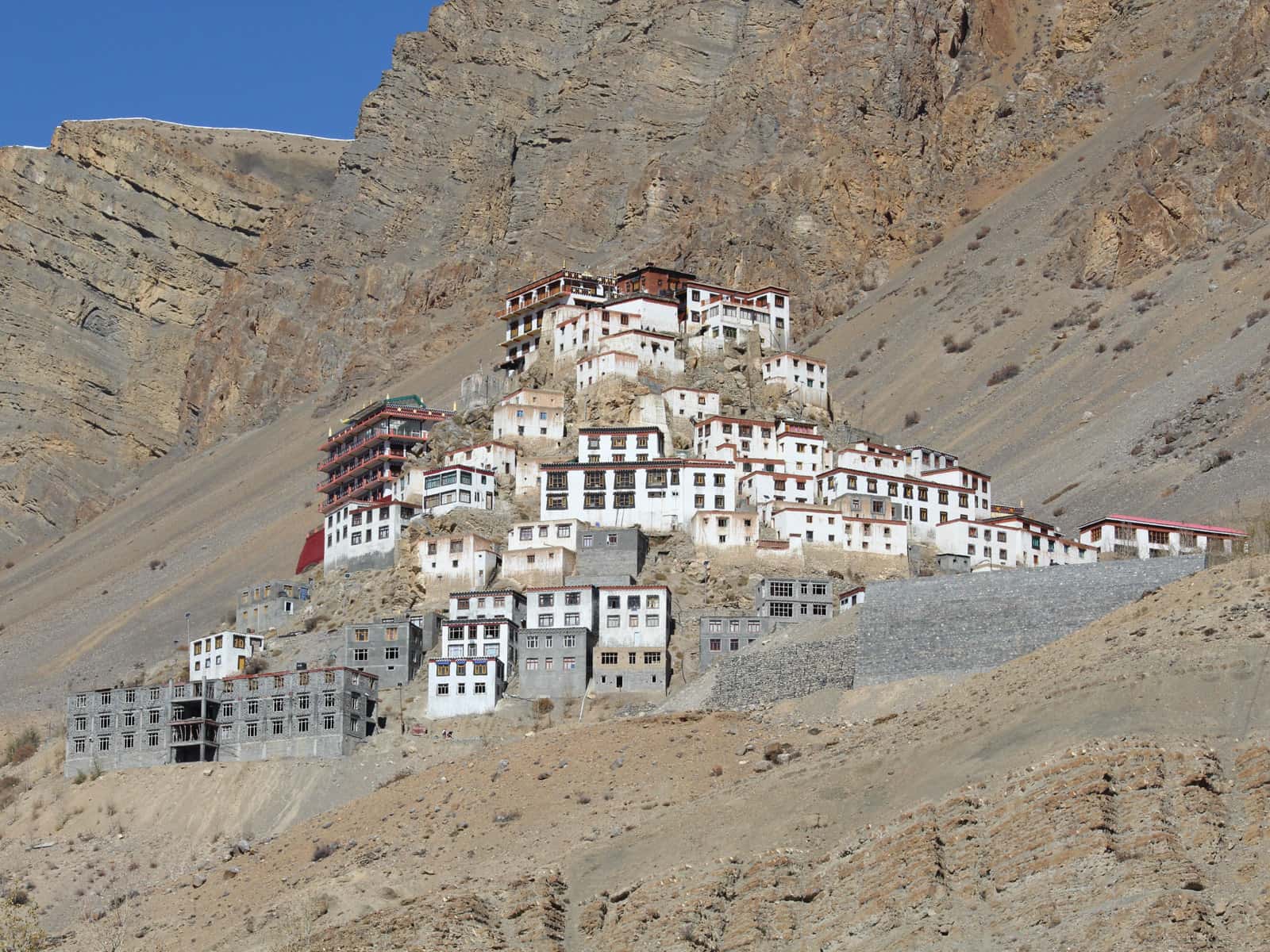 Meandering through the magical mountains of Spiti, where monks and mummies, forts and fossils, ancient history and untold stories await

You may have pored over maps and scrolled through a million images online. But nothing quite prepares you for the moment when you cross the Kinnaur Valley in Himachal Pradesh, and cut through the Malang Nala, to finally reach the untouched, unexplored valley of Spiti.

The first village along the route is Gue, best known for its 500-year-old mummy of a monk, which was discovered in 1975, when the road to the village was being constructed. Locals claim the well-preserved mummy’s nails and hair continue to grow and need to be trimmed. Gue village is also home to several enterprising people, one of whom is Tanzin. Tanzin runs a small restaurant and café here, and guides us through his village, sharing several hidden facts and stories about the region that only a local would know. He also tells us that the river flowing through Gue village is locally known as ‘Kala Nalla’ or Black Water because the water appears black due to the surrounding rocks.

Our next stop in this remote region is Tabo. A fairly large settlement, this village-town has a 1,025-year-old monastery constructed out of mud and wood. The monastery was built in several phases over the years. Known as the Ajanta of the Himalayas, the monastery is one of the most powerful spiritual centres in Spiti. The Tabo region has recently become a major apple hub, and several residents are now engaged in the apple trade.

A little ahead of Tabo lies Dhankar — the ancient capital of Spiti. The village is located 9km away from the main road. While talking to the locals here, one is sure to find interesting old stories of its relations with Tibet. Spiti once had very close ties with Tibet and several of its residents or Spitians married into families living on the ‘Roof of the World’. The modern boundaries drawn between the countries today has led to several broken ties from the past. An amaley (elderly lady) at Dhankar narrated to us how several of her relatives too were separated, when the international borders were first marked out.

Dhankar is also set apart by its spectacular Fort Monastery, perched high on a cliff. Though now in ruins, the fort was built in the Tibetan style at a high vantage point to ward off invasions by the Mongolians and other enemies.

Spiti is spread over a wide area, yet it has a very small population. The harsh terrain and freezing winters makes it hard for one to survive here. Besides, in recent years, a significant section of the younger population has migrated from the villages to cities in search of work. One can see signs of this, when one reaches Kaza, the administrative capital of the region. A bustling town in the tourist season, Kaza has a deserted look in the winters. The main center of trade in Spiti, it’s a closely knit town with several curated hotels and lodges for tourists. It is also a great place to buy local handicrafts and ornaments.

The year of 1975 was an important turning point in the history of Spiti. On a calm night, the tectonically unstable region of the Himalayas was hit by what is now known as the Kinnaur Earthquake, which led to heavy collateral damage in the region of Spiti as well. Several local homes, and the Ki and Tabo monastery, were severely damaged. One such glaring example of damage can be seen in the Langza-Hikkim-Komic circuit. Located at 14,400ft, a part of the Hikkim village still looks forlorn. Upon asking the locals, we were surprised to know that the entire village had to be rehabilitated after the quake.

In spite of its high altitude, extreme climate and chequered history, the residents of Spiti live a very calm and peaceful life. As one explores the villages here and meets the local homestay owners, they gracefully share their beautiful culture and the rich history of the region. If you visit the village of Chicham, for instance, do meet Skalzang XXXX at Tara Homestay, who will be happy to recount the vast history of the valley and details of its special geological features.

The Spiti Valley is also dotted with fossil parks, where one often finds children collecting and selling rare stone imprints. But Skalzang and several of the locals warn against these habits. They now realise the impact such practices have on the local ecosystem, and the several thousand years of history that is lost or eroded, when tourists take away precious fossils.

Overall, the Spiti Valley is a goldmine of ancient history, culture and geological wealth. Each village here has its own unique story, steeped in history that must be preserved. Simultaneously, local villages must be strengthened and empowered to arrest forced migration due to lack of opportunities in the region. Locals and the administration believe that by promoting sustainable tourism, the region can reclaim some of its past glory and build a brighter future, where there is ample scope for the local youth. And we couldn’t agree more!