When you book with an account, you will be able to track your payment status, track the confirmation and you can also rate the tour after you finished the tour.
Sign Up

Or Continue As Guest

When you book with an account, you will be able to track your payment status, track the confirmation and you can also rate the tour after you finished the tour.
Sign Up
423

Do not hesitage to give us a call. We are an expert team and we are happy to talk to you.

Explore the destination that is hub of culture, history and known for its crucial geographic placement.

Get ready for an experiential tour of Ladakh’s ancient heritage and local life as we take you to the most ancient monasteries of Ladakh and homestays of two beautiful homestay villages. Rinchen Zangpo (957 – 1055 AD), also called Mahaguru, was an 11th century ruler and scholar in western Tibet. During his era, he initiated 108 temples inviting artisans from Kashmir who brought with them their unique style of art and painting. Thus, came into existence the most celebrated, and undoubtedly the most beautiful monasteries of Ladakh; The Alchi monastery, Mangyu monastery, and Sumda-Chun monastery.

In this tour you’ll also witness the astounding landscapes as you trek to the pristine village in the Indus valley where you’ll experience the authentic hospitality and culture of this region.

The journey you will be taking

Pick up from the airport and arrive at your hotel in Leh (11,500ft). Just rest today and acclimatize yourself to the new environment amidst the picturesque Himalayan landscapes. This is required to adjust your body to the low oxygen levels.

After breakfast, head out to tour the monasteries here. Take a visit to the largest monastery in Ladakh, the Hemis Monastery. Visit the Thiksey Monastery, to admire the stunning statue of Buddha Maitreya and its traditional Tibetan architecture. In the evening, spend some peaceful moments at the Shanti Stupa watching the beautiful sun going behind the ghostly mountains.

Today we’ll drive to the beautiful village of Tsogsty. Poised beautifully in the Zanskar river, this small village offers an immersive experienceof local life and Buddhist culture. Here you can see the endangered copper art, stroll through apple and apricot farms, hike to the natural water spring. Stay in the cosy homestay and help the local women. Learn local cuisine and butter tea.

A short drive from Tsogsty takes you to village Sumda-Chun. The monastery at Sumda-Chun dates back to 11th century and has a unique architecture and also many legends associated to it. The main hall has a beautiful Vairocana statue made by Kashmiri artisans who came here a millennium ago. The village is amid beautiful mountains, a river spring flows and lush farms.

Day 5Drive to Alchi and then hike to village Taar

Alchi is another significant monastery of Ladakh dating back to 11th century, with beautiful paintings and statues. After learning about this beautiful heritage we’ll drive further in western Ladakh for our trek to village Taar. Taar is our latest addition to the homestays villages. A beautiful hike across the river and you get to experience another Buddhist village experience.

Day 6A day at village Taar

Spend a day in the beautiful village of Taar, hidden in the western sham valley of Ladakh. The village life here is enchanting with numerous farms spread across the village. Take a stroll to the river stream and meditate in the monastery.

Day 7Drive back to Leh via Mangyu monastery

We’ll hike back to the road and visit the Mangyu monastery. Visiting the Mangyu monastery will complete your trio pilgrimage of the most ancient and most beautiful monasteries of Ladakh. Rinchen Zangpo (957 – 1055 AD), was an 11th-century ruler and scholar of Ladakh who initiated 108 temples inviting artisans from Kashmir. The three monasteries are the last surviving of these temples. 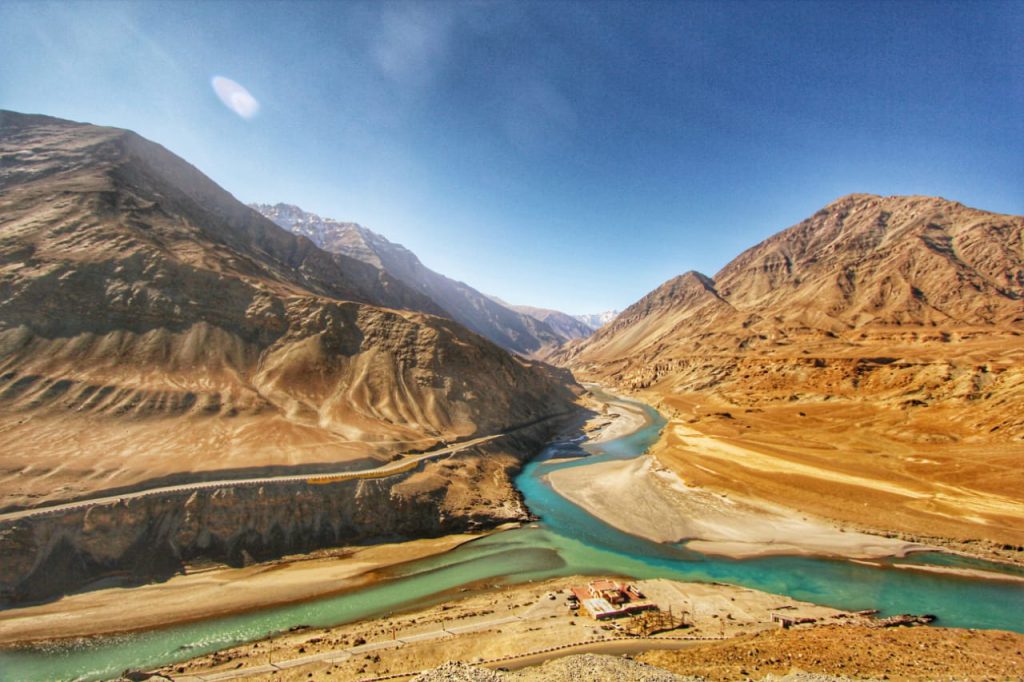 Best of both the worlds – Buddhism and Astronomy

it was a great experience travelling to the homestays in Ladakh. The hosts in the villages were wonderful. In village Umlung they showed me how to make Chang. The grandparents deserve special mention as they were very funny, warm and hospitable. The rustic locations of the homestays was also great. I would recommend this experience for everyone travelling to India.

We were 8 adults and 8 children, All of us had the best moments in this tour. Villages in itself are so peaceful and beautiful! Villagers served us healthy and tasty home made food with affection , In fact they allowed us in kitchen to learn their cuisines, Vegetables were so fresh because they were grown in their own farms organically. Rooms, Beds and blankets were neat and clean. When ever we requested for hot water it was there in the very next moment. To express in one sentence We could feel the right meaning of ‘Athidi Devo Bhava’ :-). Thanks to GHE ( Global Himalayan Expedition) for such an innovative thought of village home stays and local experience. Children in our group are now more aware of what is tourism and how it is supposed to be!