When you book with an account, you will be able to track your payment status, track the confirmation and you can also rate the tour after you finished the tour.
Sign Up
2816

A 2,500 years old cave serving to the liberation of bodhisattvas, an oasis of spirituality

A 2,500 years old cave serving to the liberation of bodhisattvas, an oasis of spirituality

Trekking far away from modern civilization to a place blessed by the bodhisattvas for thousands of years, the perfect epitome of serenity. The Phugtal Monastery in Lungnak valley of Zanskar region is the remotest monastery in the whole Ladakh. Established in the early 12th century by the great Buddhist scholar Changsem Sherab Zangpo, this cave monastery shelters some 70 monks living high up in the mountains, detached from the rest of the world. Despite being inhabited since the early 12th century, the village remained a mysterious treasure until 1800, when one Hungarian scholar Alexander Csoma de Koros visited the place and stayed for a year.

The name Phugtal translates to the cave of liberation. Many bodhisattvas including 16 arhats the legendary disciples of the Buddha are believed to have stayed here.

Day 1 to 3: Arrive and acclimatize We will pick you up from the Leh airport and transfer you to your eco-friendly homestay in Leh (11,500ft). You will be resting today and acclimatizing yourself to the High-Altitude environment amidst the picturesque Himalayan landscape. This day is called the Acclimatization day and is required to adjust your body to the low oxygen levels of this altitude.

Before we step into the villages of Ladakh we would acquaint ourselves with the Ladakhi culture, heritage, and lifestyle. As per your choice, you can pick local places to visit. Hall of Fame, Shanti Stupa, Leh Palace, Central Asian Museum – these are the places we recommend you to visit. Come back after spending a day doing sightseeing and rest in the same homestay.

After a relaxed breakfast at the Homestay in Leh, we will drive you to Kargil via Lamayuru. On the way, you can visit the 10th century built Alchi Monastery to see the ancient Gandhara arts statues and wall paintings. You can visit the dramatically located Lamayuru monastery and the adjoining “Moonland” hills. After a drive of 7-8 hours, you will reach Kargilcity,known for its 1999 Kargil War You will stay overnight at one of the 3 Star Hotels in Kargil 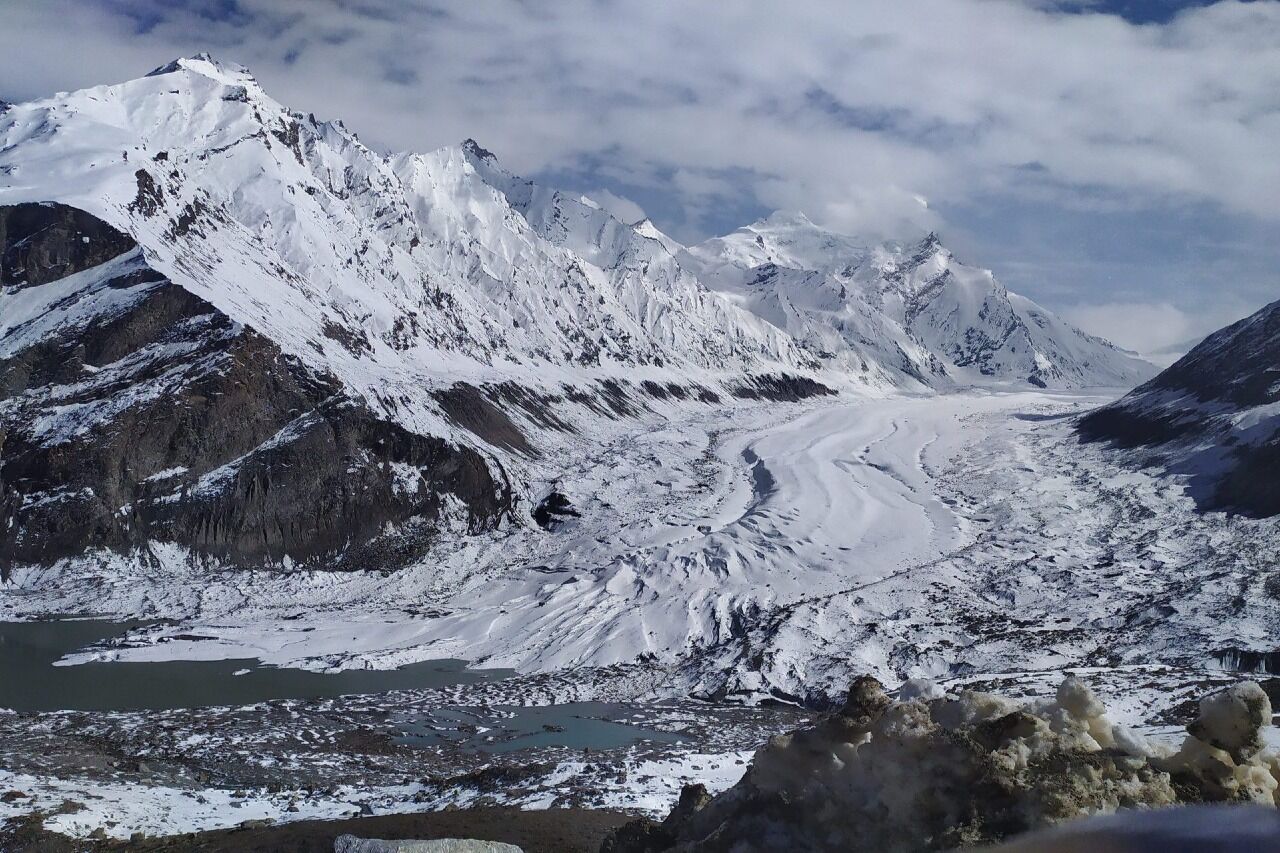 Today you embark on a journey to Zanskar valley. You will drive through the picturesque roads of Suru Valley where beautiful Kashmir Valley merges with the cold desert of Ladakh. We drive past the Highest Mountain pass along the route Penzi La, the gateway to Zanskar. You can witness, the second largest glacier of Ladakh, The Drang-Drung Glacier. You will reach Padum by the end of the day after a long yet beautiful journey of 8 – 10 Hours and stay in an authentic homestay in Padum.

Padum, named after the Great Odiyana Padmasambhava is the administrative center in Zanskar and the only town in the whole of Zanskar Valley. You will have your breakfast in a carefully chosen homestay in Padum and then head out to explore the town. Several notable Buddhist monasteries are located near Padum including Bardan Monastery and Karsha Monastery and the newly built Dalai Lama Photang. Soak in the calmness of the town that is spiritually rich and still unadulterated by a kind of over-tourism. We will come back to the Padum and prepare for the long journey to Phugtal Monastery.

Today we begin our much-anticipated journey towards the Phugtal Monastery. From Padum, we drive south into the Lungnak Valley, the most unexplored region of Zanskar After a 4-hour drive alongside the Tsarap river, the road will end at a beautiful village, Cha. From Cha, we will have to trek for 2 to 3 hours along the Tsarap River to reach the Phugtal monastery. Hidden in the valley sitting in a cave, the first sight of the Phugtal monastery is mesmerizing and is truly out of the world. Keep an eye to spot some fossils along the trek. Stay in the monastery homestays and experience the lifestyle of villagers living around this spiritual heritage

Day 7 to 9: Journey to remoteness 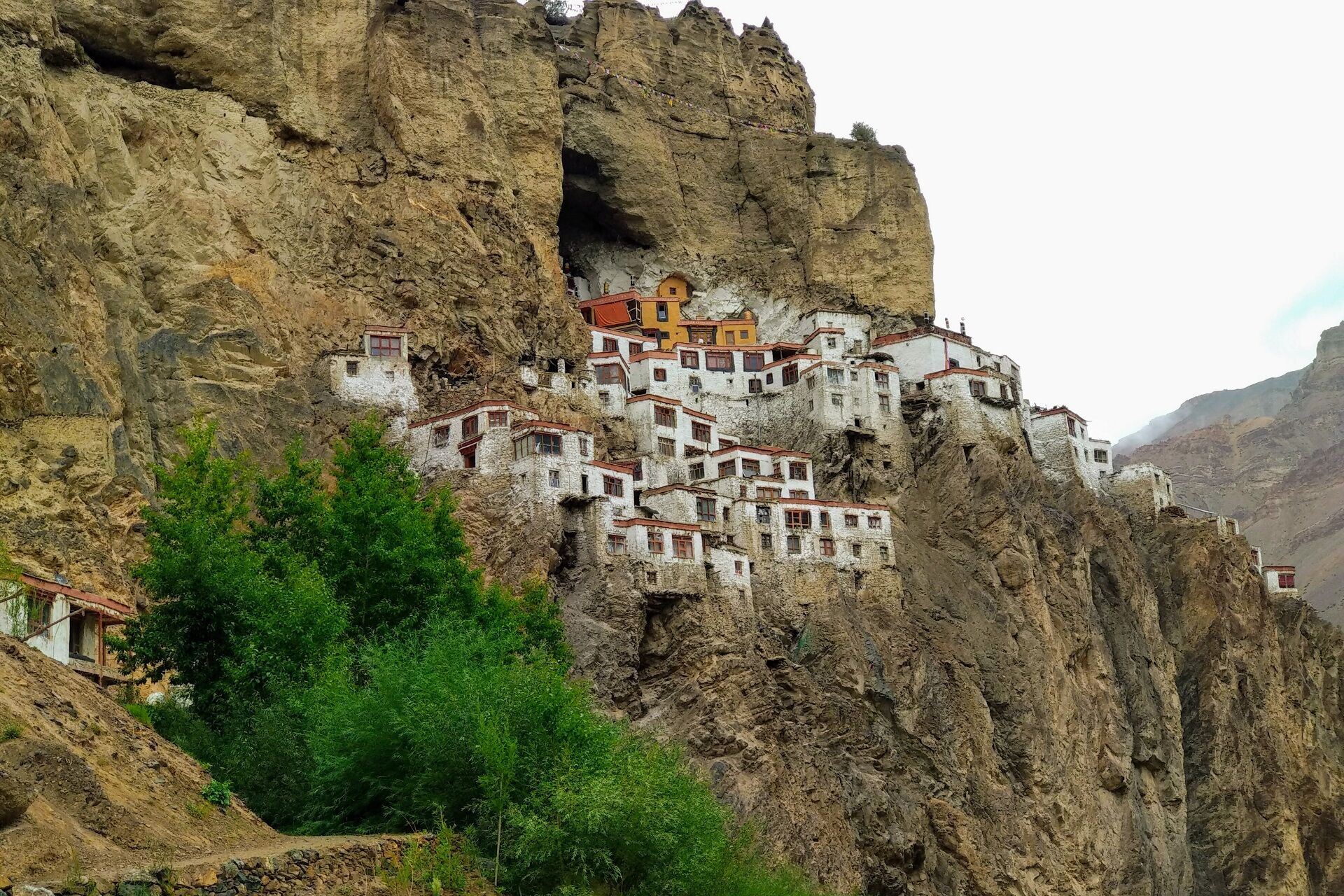 After breakfast, we proceed to visit the monastery. The stupa at the center of the cave is the main attraction apart from the library and praying hall. Spend some in monastery exploring the ancient artifacts and closely see the monk’s life. Take a visit to Yougar village, on the other bank of the river crossing a wooden woven bridge. Take a stroll into the simple life of the people of Zanskar and learn their culture.

With beautiful memories to cherish, start walking back towards Cha village. Trek back along the river Tsarap and walk for 3-4 hours to Cha village. The pickup vehicle would be waiting for you as the trekking comes to an end. Another 3-hour ride through the dusty road and you will be back to Padum. Stay overnight at the same homestay in Padum and enjoy the serenity of the Zanskar valley.

After breakfast, proceed to Rangdum Monastery. A few hours of drive from Padum you will be climbing the Penzila pass again (4200m). This area is very scenic and you will find many shepherd’s huts here. Rangdum Monastery is an important temple of Zanskar. Built in the 18th century, the monastery belongs to the Gelugpa order of Buddhism and is home to around 40 monks 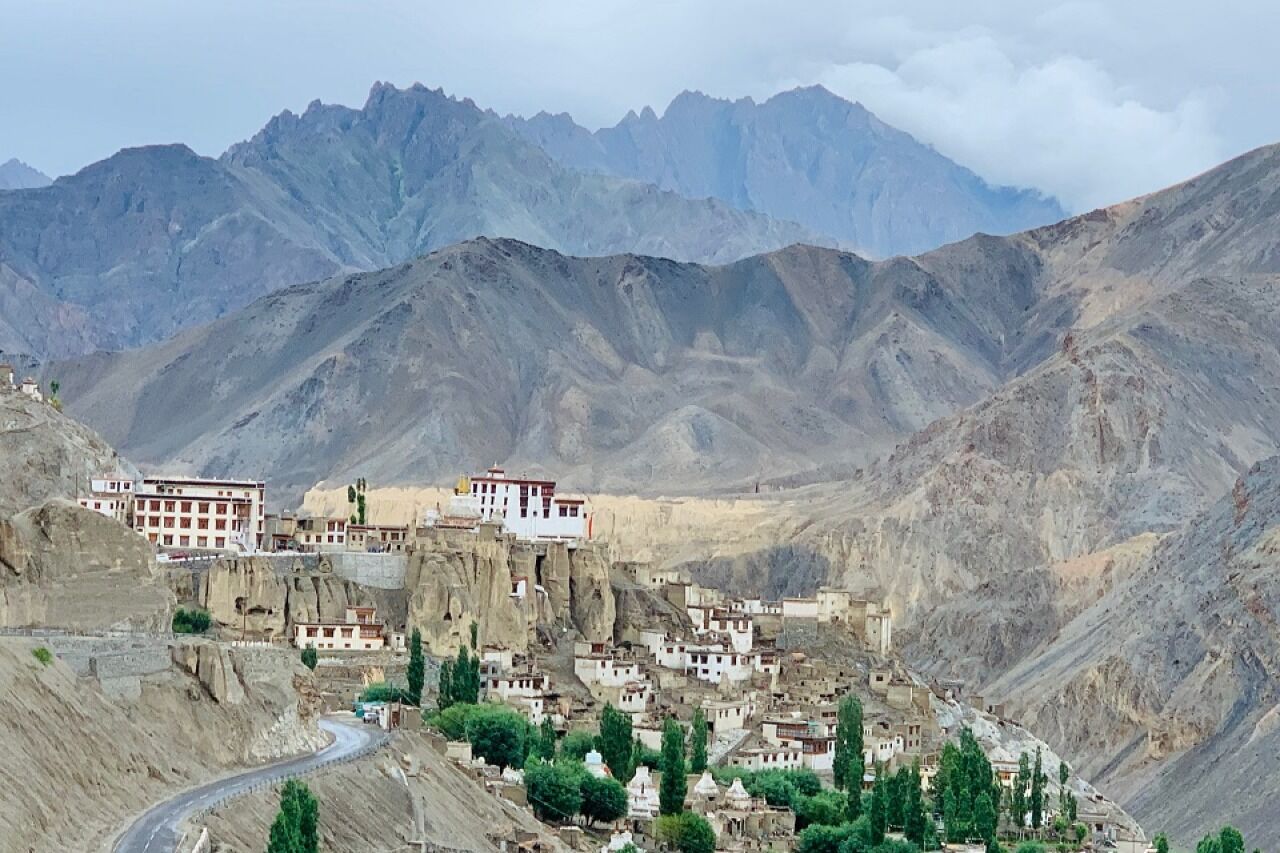 Today you will drive towards Kargil. After a few hours of drive from Rangdum, you enter into the Suru Valley, where you will enjoy the view of massive Nun and Kun peaks and the Parkachik glacier. There are many other unnamed glacier peaks on the way. By noon you will be at Kargil the second largest town in Ladakh after Leh. In Kargil, stay overnight at a homestay. If you reach early, you can also visit the Kargil Central Asian Museum in the main market.

After breakfast, drive half an hour to visit the monastery and the nine meters tall statue of Maitreya, the Future Buddha at Mulbekh. Ride for 3 hours to reach Likir monastery the splendid Dharma Wheel Gompa. After the visit, drive straight to Leh town and come back to the same homestay. You may want to spend rest of the day relaxing or visiting the Leh market in later afternoon.

On the last day, the tour ends post breakfast in the homestay. One can fly back or keep exploring Ladakh for next few days. 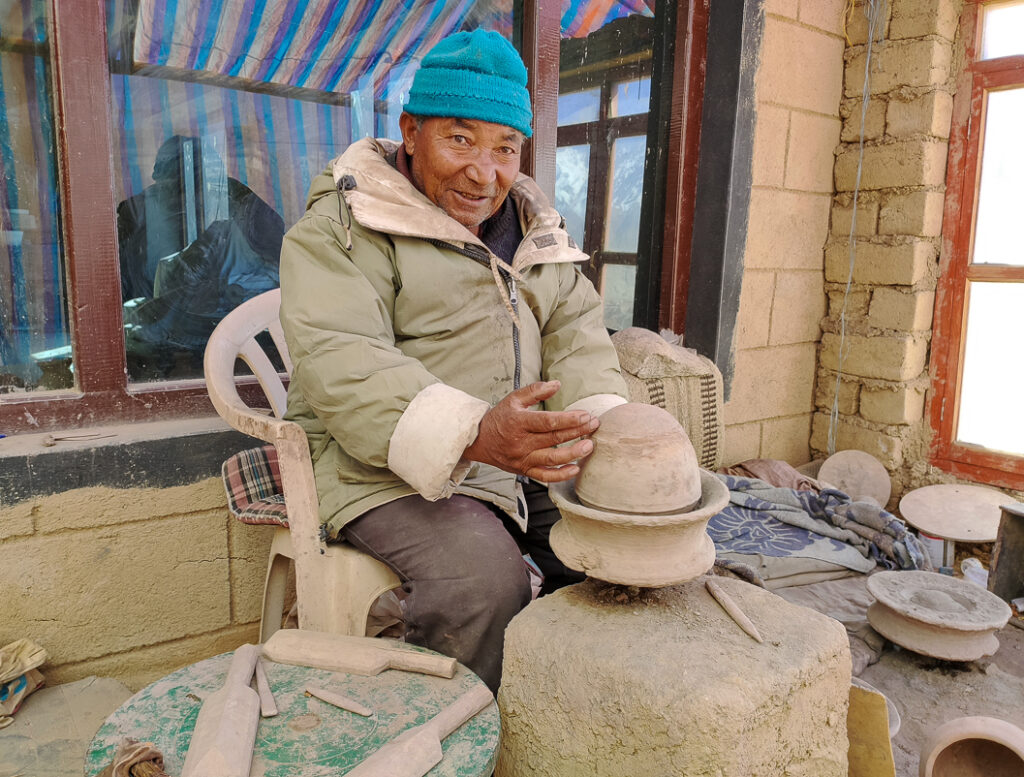 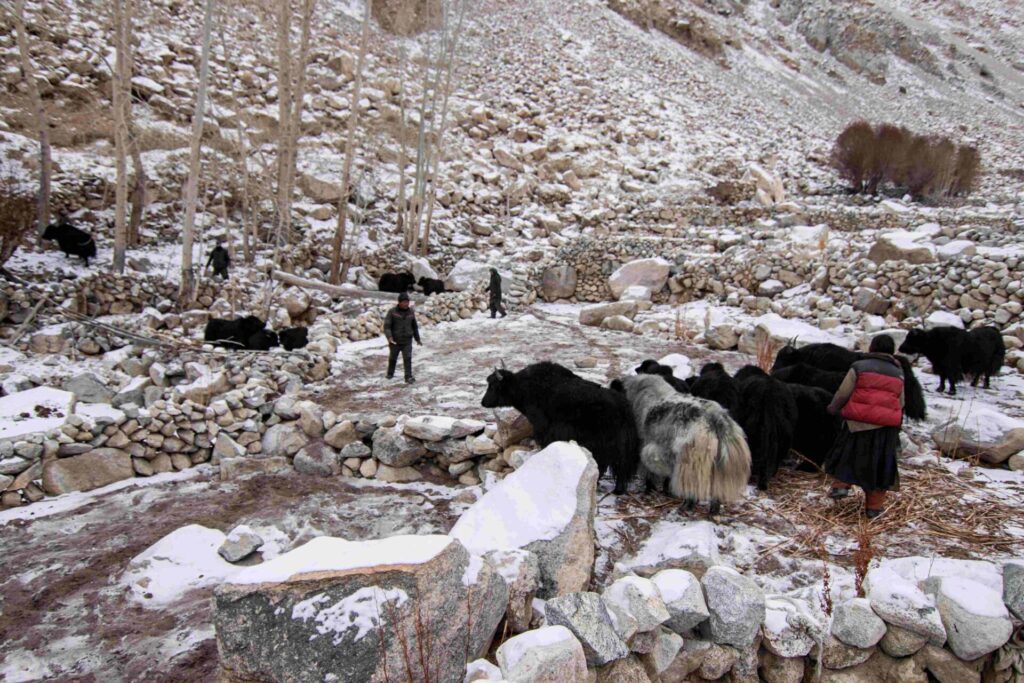